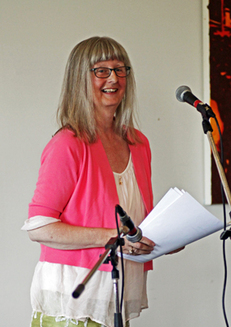 
Saleen was woken from her thoughts by the sound of a woman placing her cup onto a saucer. It was the cup chinking off the saucer that reminded her of a child’s tea set. She had not thought about it for fifty years. It had been her sister Boo’s tea set. It was rose pink with a gold band round the top of the cups and had matching plates and saucers. Oh she could just see it, so pretty, delicate bone china. Where did it come from? She couldn’t remember.

As children they had washed up after Sunday dinner at the white trough sink in the small kitchen. One week Boo would wash and Saleen would dry and the next week they would change about. The tea towel was drenched by the time they had finished. Boo had a very annoying habit of handing back anything that she thought had not been properly washed. As a teenager Saleen had washed the dishes with another sister, Em, who was not such a perfectionist. This was a far more enjoyable experience and done in half the time. Now for the first time in years Saleen was alone and had no dishwasher. She wasn’t going to get one either - too hard on water plus she finds she does her best thinking at the sink.

There’s a place she goes for coffee on a Sunday sometimes a café out along the coast which only opens from March to October. She’d like to go there now but it’s November. One whole  wall inside is a glass display case with dolls houses and miniature pieces of handmade furniture, tables, chairs and chandeliers like the dining room in Downton Abbey. There are tiny vases, clocks and beautifully crafted ceramic King Charles spaniels paying attention, warding off intruders. The café owner, a middle aged man, is friendly in his own way but could do with a few lessons from the school of deportment and charm, Saleen thought. He doesn’t look like the sort of person who would go to the bother of collecting pieces for it must have taken years to build up the collection. Perhaps it was his wife, whom Saleen had never seen or his daughter. Now that she thought about it, it was a memorial to someone. She had never seen him open the case or even stop to look at it.

Sprinkling holy water always moved her. It was something her father did when they were leaving the house. She thought about that scene in the film, Dancing at Lughnasa where the two sisters are leaving to go to England in the middle of the night. They stop at the door dip their fingers into the holy water font and sprinkle it in the direction of each of the bedrooms saying the name of each member of the family. That was the last time she had a good cry.

Why did they pick pink for cancer? She used to like pink.